My first book of poetry, which spans over three decades of work.
Broken into four themes: Nature & Time; Good & Evil/Life & Death; For the Young at Heart; and Family.
Enjoy free verse, rhyming couplets, haikus, and even a couple of sonnets.
These poems range from the serious contemplations of life and the nature of reality to some outrageous bits of mirth, and skirt along some heartfelt thoughts and memories. 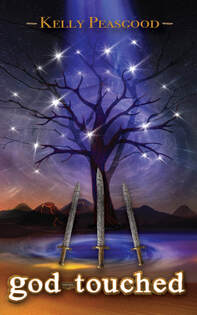 Published May, 2021
​A desert girl exiled from her tribe, making her way through the strength of her sword ...

​A hero robbed of his courage, with no memory of past deeds ...

A loyal warrior, willing to sacrifice anything to save his brother-by-choice ...

United in a quest set forth by the gods, Jal, Phatomar, and Eamon journey from mountains to deserts, across the seas and into the very bowels of the world to accomplish a task that none have yet survived.
​
What price must they pay to restore what the gods have stolen?

Available from these fabulous retailers! 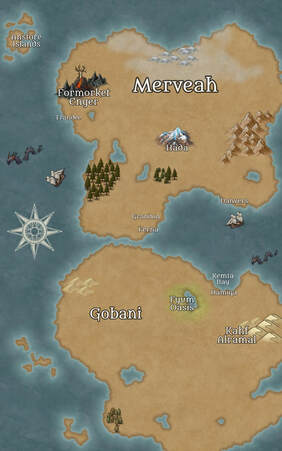 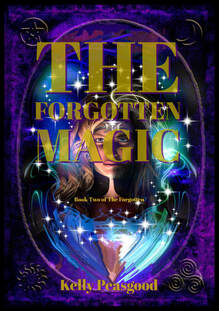 ​The King has regained his crown, but a larger danger looms.

Instead of returning to the safe anonymity of her library, Emily finds herself pressed into further service.  Working with the very wizard she had defeated, Emily has one chance to save the kingdom of Dalasham.  But it means resurrecting a past no one remembers before devastation sweeps across her land.
​
Magic holds the key to her world's survival, yet can she trust such power in the hands of Destiny?

​Available from any of these fine resources.

One of the original back cover ideas for The Forgotten Magic,
​though not what I ultimately used.
​ 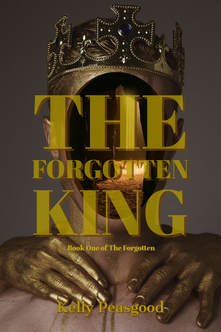 Published October 2018
A Prince seeks to usurp his brother's kingdom through the use of forbidden magic, and only the quick thinking of a shy librarian offers the King a chance to escape. But as the spell continues to erase all memory of the King, can they find a solution before time runs out?

This is the first in a 2-series set, The Forgotten.

Available from these awesome sources!
​
​ 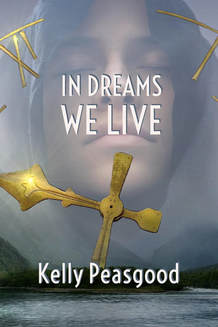 Published August 2017
Angie had always had dreams about the magical land of Karundin. Until the day she wakes to discover that her dreams have become real. Now, as the Lady Sorceress Angelica, Angie finds herself in the middle of assassination plots and renegade sorcerers intent on stealing power and subduing those she has sworn to protect. As Karundin slides toward war, can Angie master a magic she never thought real and save those she loves?

Available from these retailers!
​ 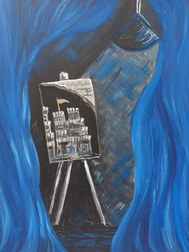 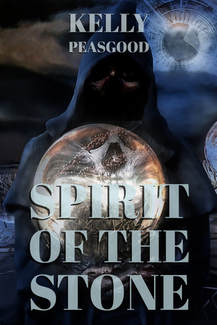 ​Published May 2014
Two thousand years ago, the Wizard Wars nearly tore the land of Aeroth apart. In a desperate attempt to end hostilities, the races created a powerful weapon; the Jewel of Peace, and the Spirit that could unleash its awesome potential. The Stone worked, but the Wars had already ravaged the land. Civilizations crumbled, and for generations, the races struggled to survive and adapt, forgetting the accomplishments of the past.

Now chaos stalks the land again. The tyrant Broman lusts to take up the Stone and twist the world into his personal plaything. The Wizard Ord desires to find the Spirit and manipulate it to his will, exacting his revenge and taking his place on the world stage.

It falls to the humble mountaineer Geret to take up the mantle of a millenia-old battle and tame the Spirit he unwittingly inherits.

As war savages the land and pits nation against nation, hope hangs by the thinnest thread; a mountaineer with Spirit against a centuries-old Wizard willing to use the Stone to smash the world asunder.

Available from these great places! 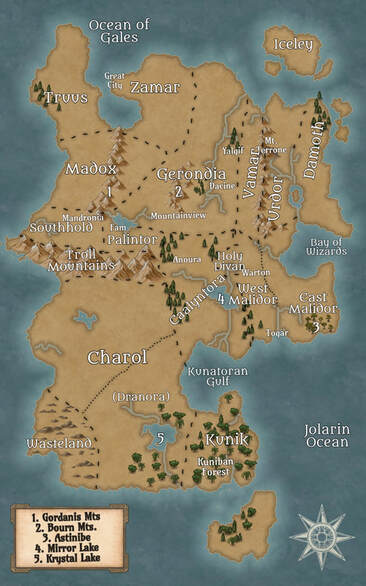 Map of Aeroth
Spirit of the Stone 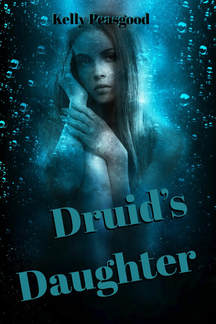 Published May 2014
In a world devoid of hope, where evil masters of magic have poisoned the common man against magic's purer form, and dark powers twist even the sanest minds, only Karen has the ability to truly stand as protector of the light.

The cruel tyranny of the Guardians has touched everyone, and all have suffered loss at their hands. Those who would fight that base villainy meet with fear and hatred. Karen, together with a band of faithful friends, including the laconic warrior-tracker Manfred, the impetuous youth Jans, and the distrustful rebel Joanha, holds the key to overthrowing these enemies. But to do so, she must embrace her own darkness and risk the lives of those she loves.

Available from these awesome folks!